The 134’ x 37’ aluminum research vessel built C & C Technologies, Inc. (C & C) of Lafayette, La, was one of the first catamarans featuring quad propeller propulsion and was custom designed to significantly increase C & C’s surveying capabilities.  Sea Scout’s design marks a shift for C & C, which typically operates steel monohull vessels. Commissioning a high performance and versatile catamaran design made the most sense for accomplishing C & C’s diverse multi-mission requirements. Getting to the site quickly means more time on the job and fewer trips offshore. In addition, the catamaran design offers great seakeeping ability which allows the survey team to operate in all kinds of weather. “With this boat, we will be able to do more work in rougher seas,” said Sea Scout’s Captain, Jeramie Rivette of C & C Technologies. “That’s really important in survey work where pitch, roll and heave will often stop you from getting good data.”

The vision for the revolutionary survey catamaran began in 2008, when C & C Technologies vice president, Scott Croft, toured the 83’ R/V Manta which All American Marine had constructed for NOAA’s National Marine Sanctuary program. Croft envisioned that a properly designed catamaran hull would optimize C & C’s capabilities for deep and shallow water oceanographic survey, geophysical research, seismic survey, and Autonomous Underwater Vehicle (AUV) operations. “The challenge was to design a vessel that would run at high speeds and over long distances to reach the project site, but also a vessel that would be efficient spending a long time on low power and low speed during surveying work,” said Nic de Waal of Teknicraft Design Ltd., naval architect behind the Sea Scout. To meet this challenge, Sea Scout’s two engine rooms are each equipped with a C32 ACERT 1,600 bhp diesel engine, a C18 ACERT 553 bhp diesel engine and a C6.6 170 ekW generator, all supplied by Caterpillar. The vessel can travel to a work site on all four engines at a cruising speed of 26 knots. At the job site it runs on the smaller two engines coupled to ZF Marine gears with trolling valves to provide an economical speed range from 4 to 11 knots. For long range capabilities, the vessel has a fuel tank capacity of 6,600 gallons, plus two reserve tanks provide an additional capacity of 4,400 gallons. Ballast tanks are located fore and aft to ensure optimal trim in various loading conditions.

The vessel is certified under ABS international load line standards and contains a certificate of inspection under USCG subchapter “T” regulations. Sea Scout was built to be SOLAS compliant and may be deployed internationally in the future. The wide and open aft deck is completely reconfigurable depending on the mission. The deck was reinforced to accommodate an equipment load of over 80,000 lbs., inclusive of two 20’ van containers that are utilized for AUV operations. Inside, the main deck and foc’sles are dedicated to crew accommodations, which comprise a commercial galley, walk-in cooler, lounge, fitness facility, laundry room, 4 heads, and 12 staterooms with a sleeping complement of 26 berths. The 01 deck encompasses the survey lab, server room, and data processing office. The pilot house is on a raised mezzanine level to provide 360 degree visibility, while maintaining a profile with low wind resistance. Sea Scout’s decks are complemented with a 14,000 lbs. stern A-frame, a 10,000 lbs. side A-frame, 16’ Zodiac skiff, 5 ton hydraulic crane, and various mechanical and scientific winches. The Sea Scout’s Chief Engineer, David Wright of C & C Technologies added, “If James Bond were to own a survey boat, this would be it.”

The Sea Scout carries a Kongsberg High Precision Acoustic Positioning system (HiPAP) for 3D tracking of underwater objects, a Kongsberg Hugin AUV, and has two transducer pods integrated into the hulls. The main deployable sonar strut is located aft of the superstructure and deploys through a large moon pool located on centerline. Two additional struts are located in the sponsons and deploy through 17” watertight valves in the hulls. Croft noted, “We were able to put our own twist on the design and All American Marine was very instrumental in helping us pull all the components together. They understand vessels, their client’s needs, and how to properly integrate research and survey gear.” 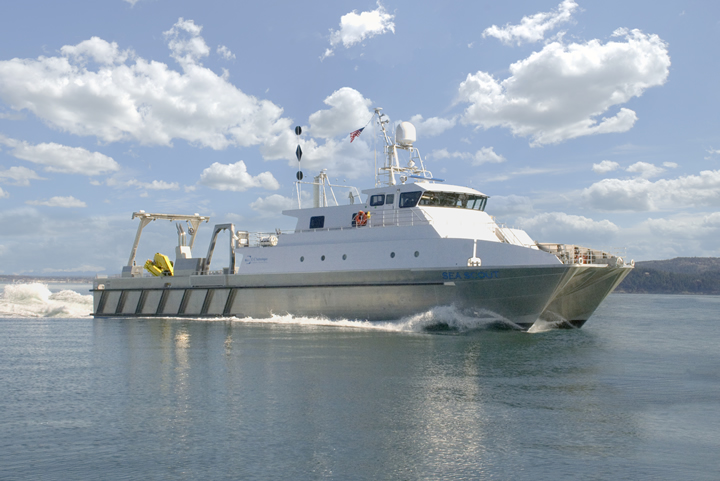 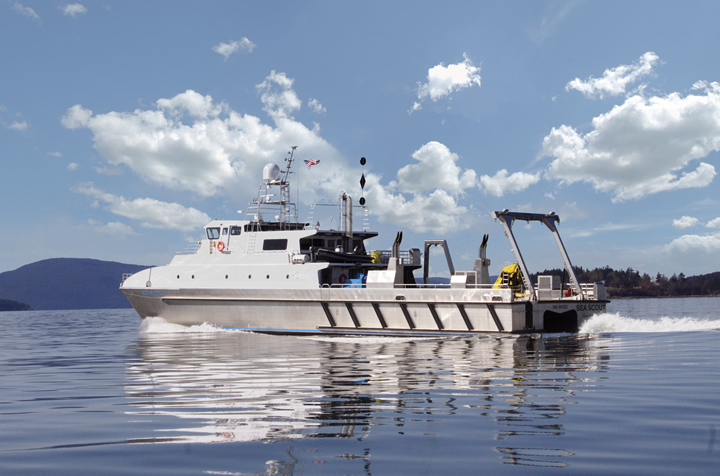 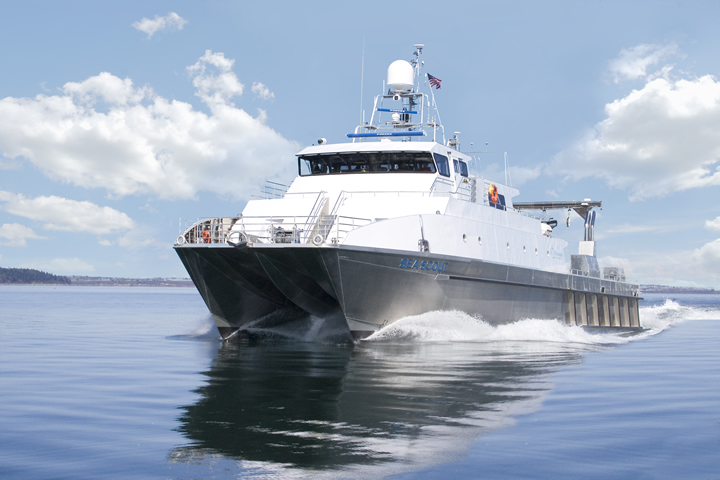 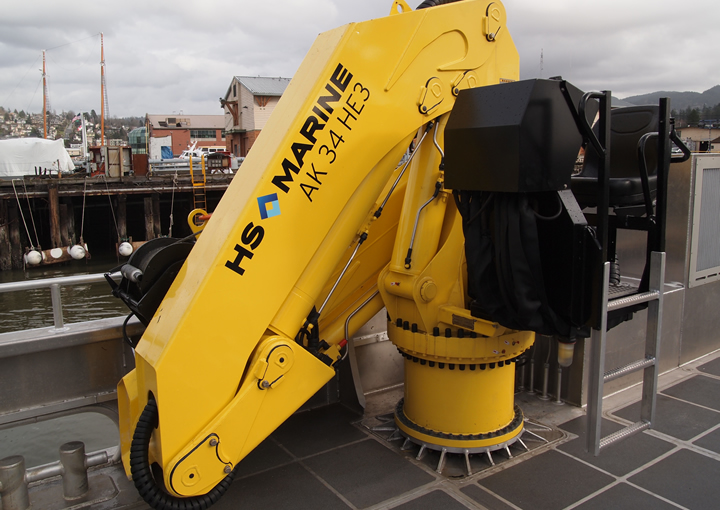 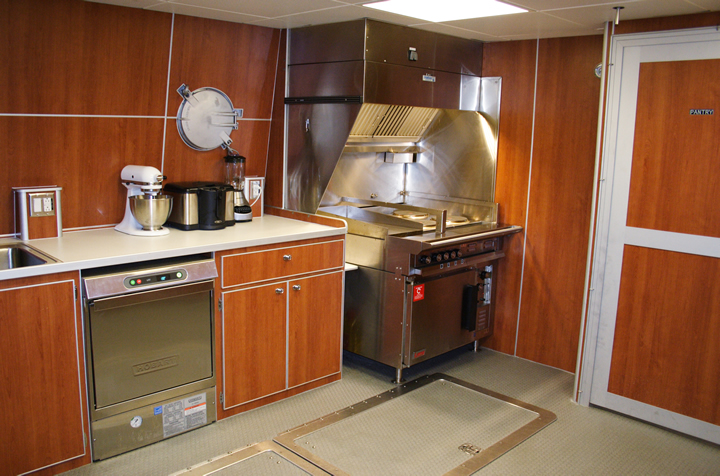 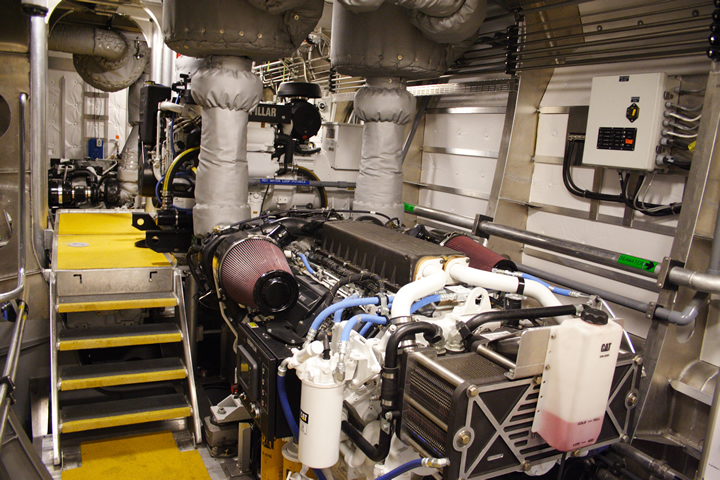 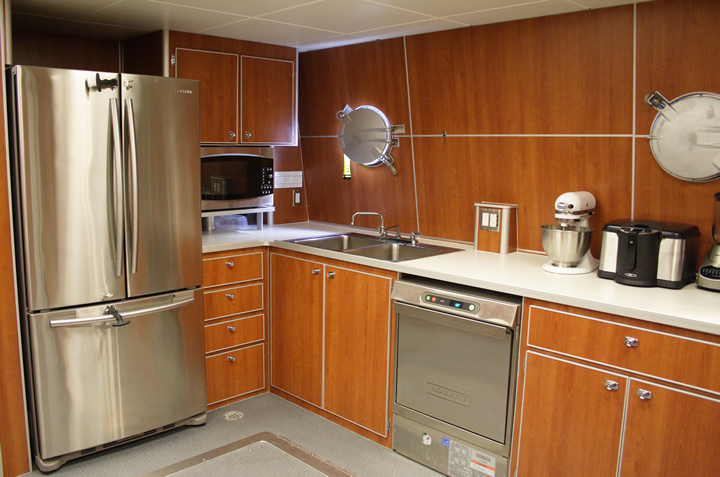 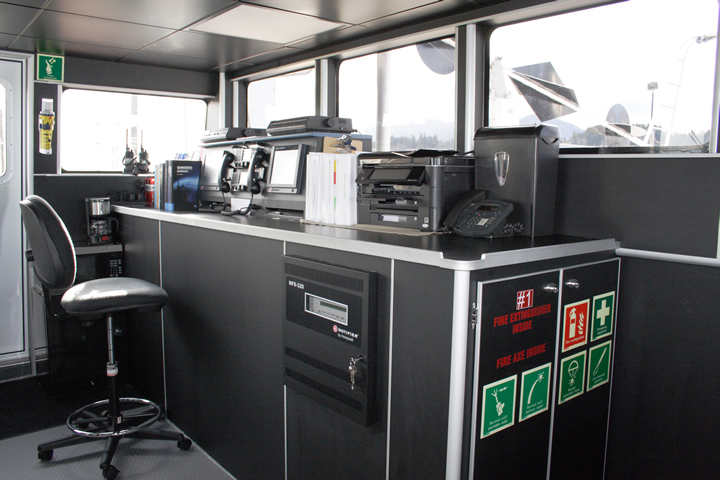 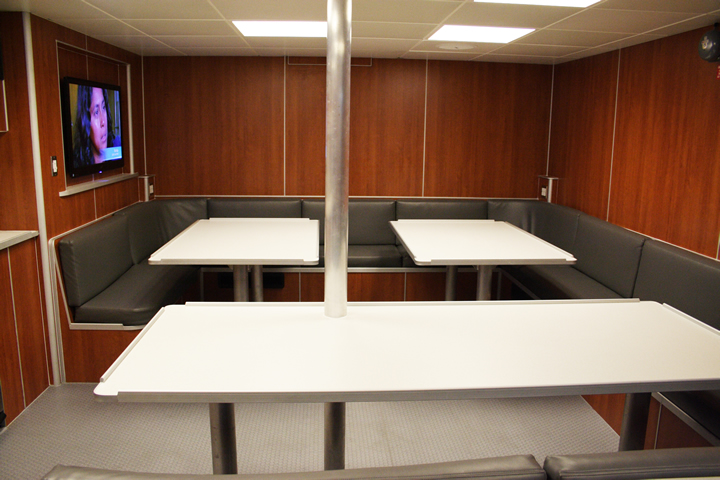 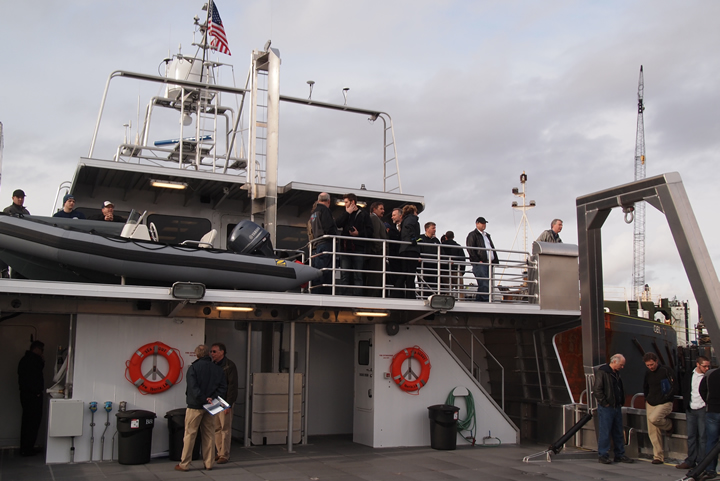 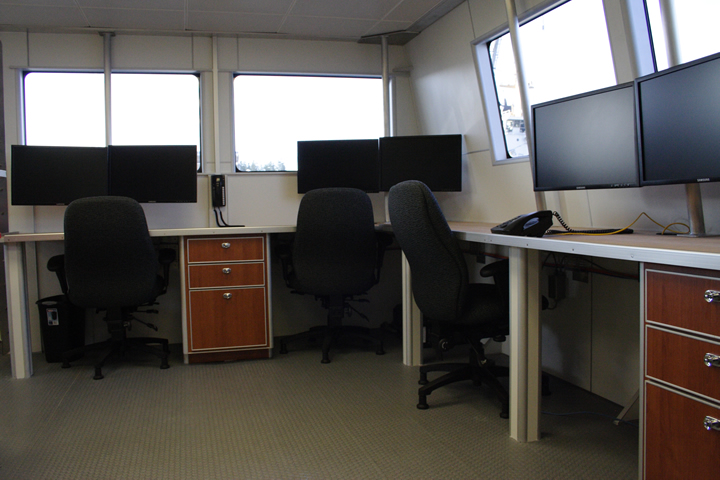 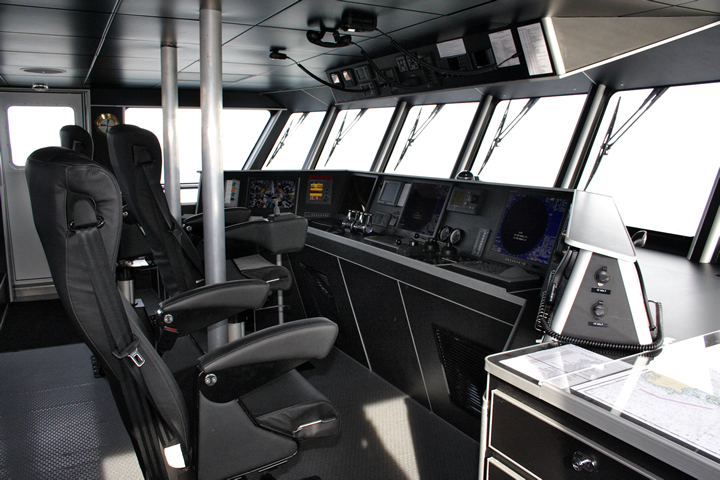 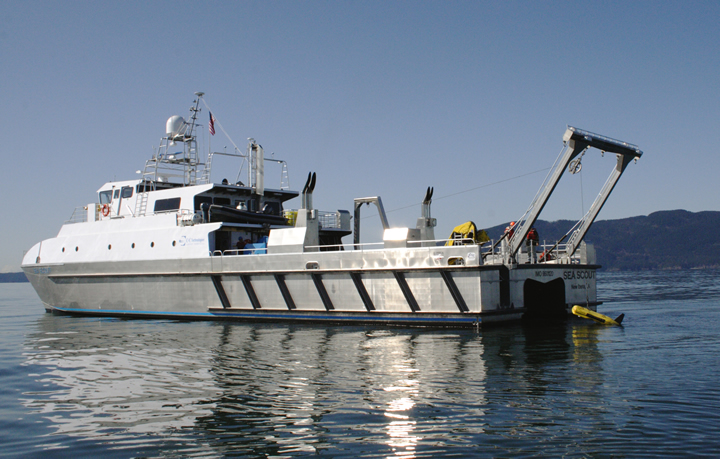 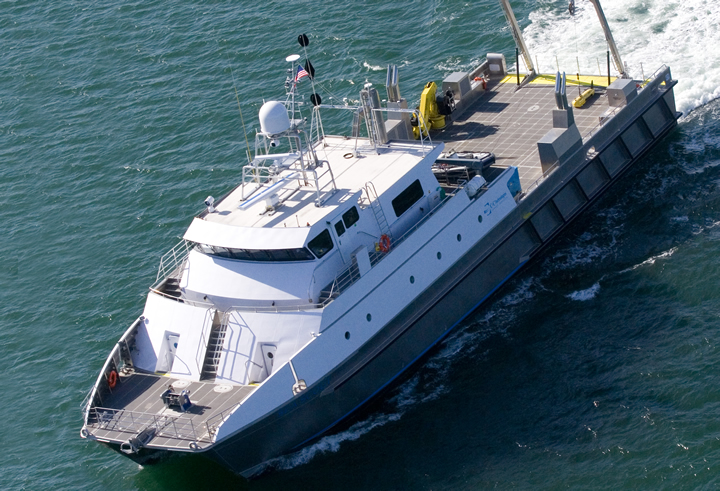