The small wheelhouse aft is raised to provide better visibility for the operator. Down below, a pair of 700-hp Scania DI13, Tier 2 engines are matched up to ZF Marine 550 transmissions and MJP UltraJet 452 waterjets. As the name implies, the Hornblower Guardian has a secondary mission: rescue boat. Push knees on the bow and a tow post behind the wheelhouse are available to assist Hornblower’s two other Niagara tour boats if needed, and there’s a rescue platform on the starboard side for man-overboard recovery.

The Hornblower Guardian is operating as part of Hornblower’s new Niagara Cruises with trips to Horseshoe Falls, which are part of Niagara Falls on the Canadian side of the line.

The Hornblower Guardian, built to comply with Transport Canada regulations, was delivered in December of 2013 by All American and put into Lake Ontario and the lower Niagara River for trial operations and training. Hornblower Niagara Cruises is part of Hornblower Cruises and Events, San Francisco. 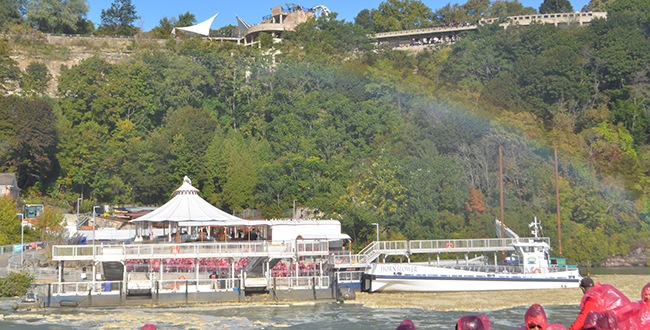 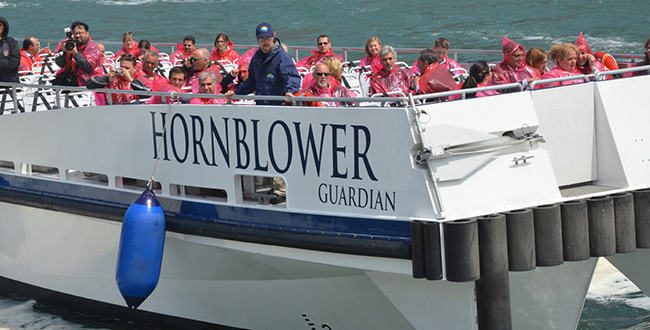 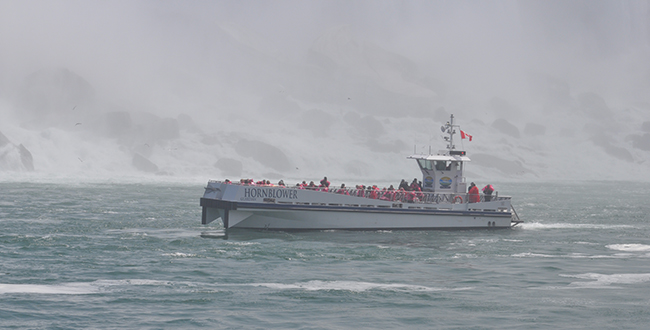 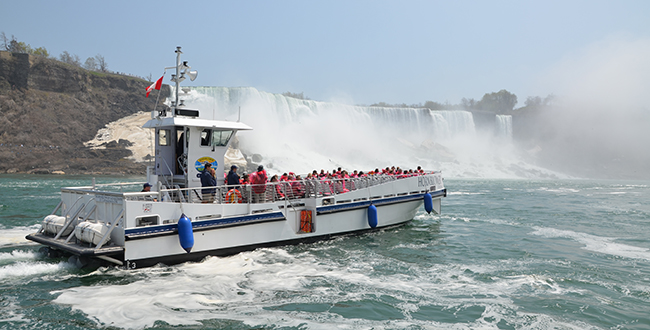 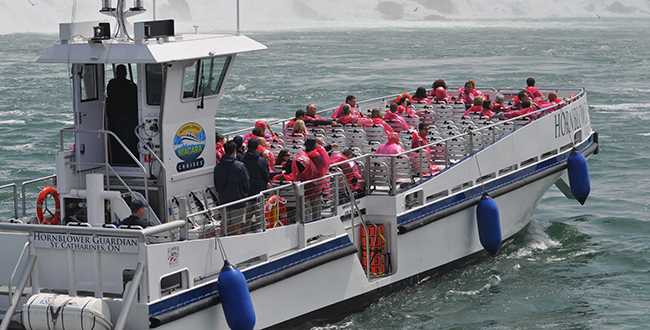 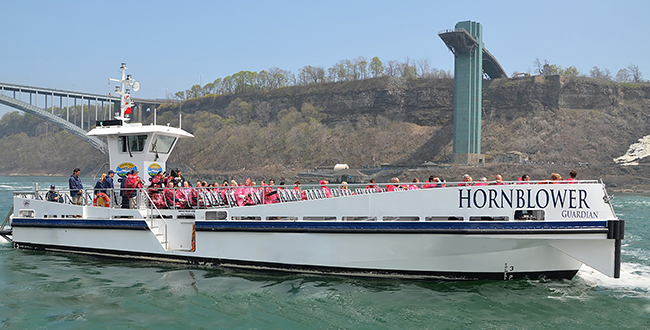